I may not believe in astrology, but… 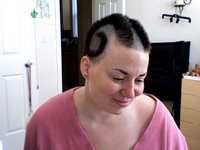 In the early part of the decade I spent a lot more time out in the late night dance scene. At one point, I was actually out there working at parties, including working the door of one party for a little bit of cash. I had been there a short while – it was early in the night – and I had gotten into a great conversation with the bouncer. We had been talking for about 10 minutes when he asked me what my astrology was. I said to him I was an Aires. Then he asked me my Chinese astrology and I told him I was year of the Rooster. 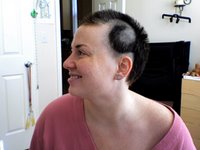 I don’t really believe in astrology – how can a bunch of stars actually predict who I am and what I’ll be? And, I often find the lessons presented in astrology have powerful parables which we humans can gain from, if we look for how the messages are true for us in that moment.

Given my beliefs, I was surprised when the bouncer spoke the most accurate one sentence summary of me based on those two piece of information. He said, “Oh, so you’re a ram-cock: a strong yet squishy forward moving object that likes to get into stuff.”