Can you ever have too much clarity? 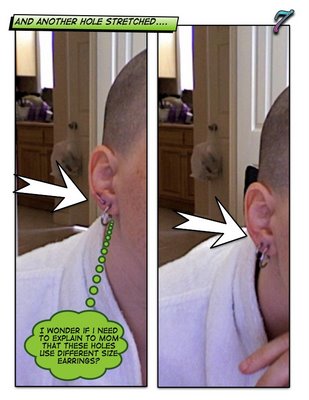 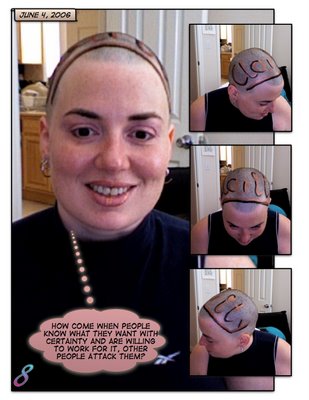 Despite the fact that the earring for the new hole was smaller than the spiral I used on the two main holes, it took Lacy and I nearly a half hour to work the earring into the hole last night. The ear is a little sensitive -- but I'm trying really hard to just "notice the sensation" rather than get caught up in the pain. I haven't decided which look I like more.

But that's not really what today's word is all about. The idea of clarity about one's self has come up in conversation a bit lately, most notably with Lacy, Sean V. and Prisna. The conversations have focused on the idea of how people often interpret clarity in communication as a bluntness which potentially becomes offensive and/or abrasive and/or harsh. It is amazing to me how my clarity often offends other people.

It is similar to the situation when I got fired from Marimba. I was clear what was going on and sent an email to all of the senior and middle management team articulating (what I now know to be) the political dynamics and I called my boss incompetent for the job he was currently in. The thing is, I'd heard almost all of them say it themselves. My truth telling somehow became "wrong" and was grounds for me being fired. They called it insubordination. The judge ruling on my unemployment insurance called it naivete. Somehow, telling the truth bluntly just doesn't seem to be okay. . .
Posted by glittergirl at 6/03/2006 01:22:00 PM